The Remodeling of Drift Inn 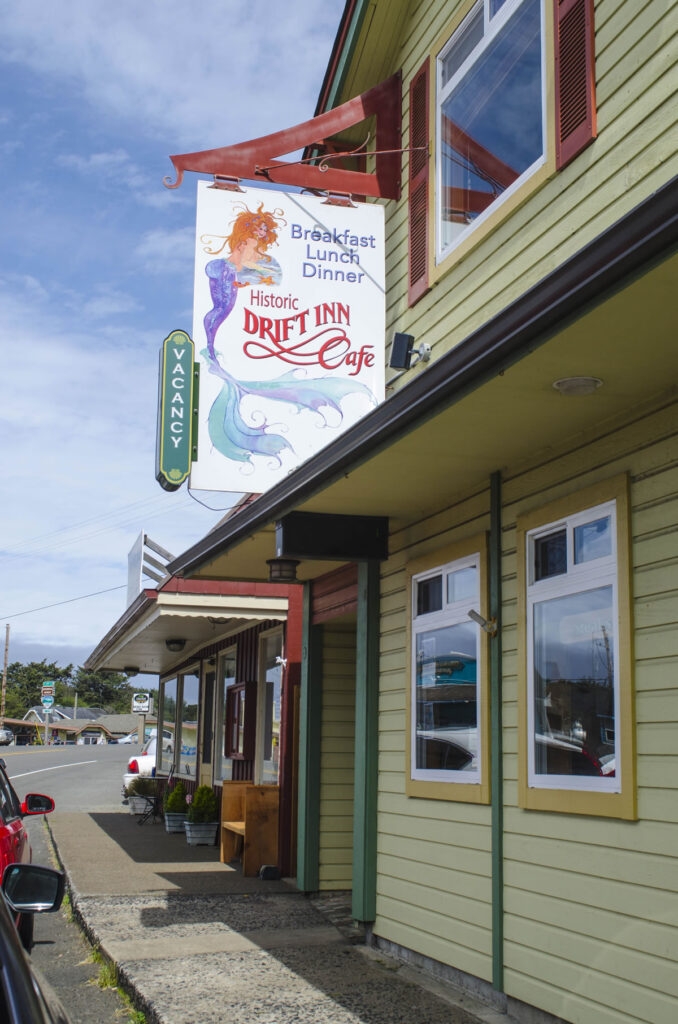 People have often asked me to tell, “the rest of the story”, so here is what happened after Lester passed away…

When Lester was falling asleep at the bar, many of the regular clientele became worried what would happen to their boys club if Lester died.  Their were many rumors that certain people and laws would not allow the business to continue once Lester died.  (Lester did “lose” the business several times when OLCC shut him own for serving alcohol to a minor.  Its funny, OLCC gives you a choice: pay the fine and keeping serving; don’t pay the fine and don’t serve alcohol for 30 days, (if he had food he could just serve food and people could play pool); or close for 30 days.  Lester chose neither of the above, he sold the business to his closest friend and confidant, a woman, and kept running it himself.

Anyway, back to the problem of how could the Drift Inn stay open.  I, Linda, being brave and naïve, approached Lester and told him everyone’s concerns, and explained to him the solution.  We would buy the bar from him, before he died.  The plan of course was that my Mate, Gary Thomas would run the place, as I wasn’t really qualified to fill Lester’s shoes.  I hadn’t lived here for an eternity, I didn’t really drink, and besides I was a girl.  A girl couldn’t run a boys club.  I thought it was an excellent plan and how could he refuse?  Well he did, flat out.  Told me he wasn’t selling to me cause there was no way I or anyone else would make money running a bar.  End of discussion.  He was right of course, running it how he did.  The only food he sold was pepperoni sticks and snickers candy bars and he would allow people to open a tab, that was often not paid for months, years or never.  We inherited his black accounting books after he died, of which their were four, almost all full of debts owed to him.  (You heard about the money in the car?  Most of the money Lester made was from the pool tables.  After his death his family found $20,000 in quarters in the trunk of his red sedan, which was always parked in the street in front of the Drift Inn.)

So Lester kept having mini strokes and ran the place until mid 1999. Lester’s brother and Niece picked Lester up, took him to live with them and he died a few months later.  The family gave Jim Bowers a key and he would let people in to play pool, and drink privately. Jim had watched over Lester for the last few years.  The family listed the place with a local realtor and scores of people looked at buying it.  But the building was bad, the floor was rotten, the walls were falling down, the roof sagged, the electrical was scary, the plumbing leaked and there had been a fire upstairs a few years prior.  Plus there was the question whether you could even have a business due to the lack of parking.  So no one touched it.  The listing ran out and that’s when Dawn, Lester’s niece called us and asked of if we would buy it for a much reduced price.  We agreed and thus began another chapter in the Drift Inn Story.

Gary and I bought the place from Lesters family for $75,000 in March of 2000.  I had retired from the Forest Service in 1998 and we used my retirement to remodel the building.  Gary started the demolition , taking out rotten walls, bad wiring and plumbing along with his friends while I worked on the legalities of opening the place.  The city wasn’t quite sure what the legal parameters were and many people in the town were intent on keeping the Drift Inn forever closed.  They wrote letters about how the place was a business of “Ill Repute” and that people who frequented the place pooped, peed and smoked pot on their neighboring property.   Ha, they didn’t even know the half of it.  But it wasn’t my place to tell them.  This was a historical landmark!  It was a wild assed place that perhaps Ken Kesey described best.  This place was the backdrop, the inspiration for the book “one flew over the Cuckoos nest.  According to Ken Keseys’ family,  Ken wrote the book while hanging out in Lester’s Drift Inn.  Which really is another story…., you should read it.

So while Gary and I puttered along tearing shit apart, raising two little hellions and receiving irate phone calls at home from pissed off neighbors, the city tells us that to maintain our grandfather clause we must reopen that year, in 2000.  So we shift into high gear and hire contractors, builders, roofers, painters, woodworkers, most of whom had frequented Lester’s Drift Inn.  They pour their heart and soul into making the new Drift Inn beautiful.   Little Dave, woodworker extraordinaire, along with Steve Kohstad, Mr. steady Eddie, tore out rotten floors, walls, plumbing, wiring and had the place on stilts for a while.  We were a bit concerned someone or the wind would compromise the “legs” and the whole place would come crashing down.  Another landmark  the old skating rink, was flattened that year from a wind storm.  Ours didn’t, thank goodness, and George Quayle, Little Dave and Steve had first floor framed lickity split.  Dave and Georges’ sons worked alongside them, cleaning up  and learning tricks of the trade.  Big Craig sheet rocked, Richard painted, Gary milled paneling from an old growth he pulled out of Tenmile and Jerry, along with little Dave recreated an old bar.  Marti presented us with the final touches with her gift of the beautiful mermaids and Jim Bowers donated the pool table Lesters family gave him and it was set up right where it had been, this time with better lighting.

We were required by OLCC to put in a kitchen, but none of us had ever done any commercial cooking.  I’m sure Steve at Roses Restaurant Equipment thought we would be out of business with 6 months .  We needed equipment yesterday but we had no idea what we wanted or what we were cooking.  We made the kitchen small because Gary was going to serve his famous beans, soup and bread.  I was going to stay home and raise our two kids, Andrew and Zoe who were now 3 and 2 years old, respectively.  We reopened October 1st.  Our menu was written on a small white board and we had ten beers.  We had a party on Halloween to celebrate our grand opening.

Well Gary had worked in the woods most of his life and wasn’t prepared for the life of serving and working 9 to five, or even 5 to 9, to any combination thereof.  He hung up his apron almost before he began when two people tried to both tell him what beer they wanted.   And when all the old colorful characters came in the tried to clean off their shoes and button up their shirts, we all realized there was no bringing back the old Drift In, the boys club.  They had made the place into a thing of beauty and no one wanted to muss it up.  When the first fight broke out and Tiffany with her wild orange curls, voluptuous curves and spicy tongue got up on the table and told the boys to knock if off or take it outside, the place was forever changed.

That’s when I took over running the Drift Inn and changing diapers in the back room.